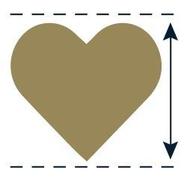 Evacuation of a Ukrainian children's home to Germany

"Inros Lackner hilft" supports the fleeing of 43 children from the Ukrainian war zone.

The association "Kindern-Träume-schenken" set itself the task of supporting orphans and children from "precarious social circumstances" in Eastern Europe. Since the beginning of the war in Ukraine, the need for support in the country has only increased. More and more people are losing their homes and livelihoods. This is what happened, for example, to the 43 children and their care workers from a children's home in Kramatorsk.

On the association's initiative, a new home was found for the group in Germany.

"Inros Lackner helps" supported the initiative by financing the evacuation and by providing clothing and footwear. At the end of June 2022, the children and adults arrived in Ueckermünde.